The excitement to release Kendall’s story is overwhelming. TLT was so much fun to write. The witty banter, the heated sexts… GAH! I hope you’re all ready for this couple!!! They’re a little over the top, lack filters, are both stubborn as hell, and can’t deny the attraction they have to one another (even though one of them tries to fight it). Get ready folks! Kendall and Declan are headed your way NEXT THURSDAY, November 11th! Enjoy this little snippet to tide you over…

I’ve wanted her since the first moment I met her. She was wearing a pair of white skinny jeans that hugged her tight little ass with a baby blue T-shirt that stretched across her chest to accommodate her gorgeous tits, which I now know are a perfect handful. She was curvy in all the right places and my first thought was how I’d love nothing more than to strip her clothes off and trace those very curves with my tongue.

But she seemed shy that day. Unsure of herself.

That was a year and a half ago when we were both freshmen.

Now I know better. She’s loud, lacks a filter, and is a little too honest at times. Just like me.

My little firecracker. That’s what I call her in my head. The focus being on the word my.

Yes, I want to claim her.

No, I’m not sorry for being all alpha male about it. I’ve never been this way before. There’s something about Kendall that is bringing out this dominant side of me. Even the sexts are over the top for me.

When I saw her at Finn’s party last month, I couldn’t stop staring at her. The little, black dress she had on dipped low in the front, her body calling to me. Tall, black leather boots. And her hair, it was curly. I almost didn’t recognize her at first. If it weren’t for the fact Willow was right next to her, and I could pick her ass out of a lineup considering I’ve jacked off to the vision of it so many times, I probably would have made an ass of myself by hitting on her using one of my many horrible pickup lines.

See … different. I didn’t want to use any pickup lines on her. I wanted to be genuine. The effect she has on me is insane.

In no time at all I convinced Kendall to give me her phone number. Unfortunately, it was the same night Max and Willow found out their dad died. I wasn’t as close with James as Finn, but I know he was a good man. Our families have always gotten together for holidays, our parents have been close friends since we were young. So, when we all went back home for the funeral, I wasn’t surprised to see Kendall there.

I hadn’t texted her yet. It had only been a week, and I knew she was busy consoling Willow. But seeing her in that same black dress, this time with a conservative jacket over it, hiding her tight, little body, I couldn’t help but let her know how turned on I was.

Tacky to send a sext at a wake? Yup. Most definitely, but I did it anyway. I was about ready to pop the zipper on my slacks after the third time she walked past me. Her fruity scent wafting around her. The curve of her ass in that damn dress. Her hair was straight and flowing down her back, my fingers begging to touch it.

What surprised me was her response.

My girl was sassy. A little tease. And I’ve loved every second of the last few weeks. Even when Finn caught us about to screw for the first time.

Well, maybe I didn’t love that moment as much as some of the others. I mean, I was rock hard and aching to be inside of her. Moments away from seeing if my fantasies had done her any justice over the years, and in walks Willow and Finn.

Talk about a cock block.

Whatever. It’s not like I’m giving up. No matter how many texts he sends me to stay away from her. Asking about my intentions. Wanting to know what’s going on between us. Questioning my morals. Threatening me not to fuck her over.

Why can’t he worry about his own love life? Hell, if I were him, I’d be focused on the fact his best friend might kill him when he finds out he’s been screwing his little sister.

Don’t get me wrong, I love my brother. But he’s poking his nose where it doesn’t belong, so I’m hoping his downfall will provide me a little relief on that front. He’ll have to focus on repairing his friendship with Max, giving me time to show Kendall how right we are for one another without his interference.

Because she’s the type of girl you have to sweep off her feet. My actions need to match my words. And she’s worth every ounce of effort I plan to put into that very move.

Sweep her off her feet and take her to bed. Worship her body. Ingrain myself in her soul. Steal her heart.

Kendall Potter will be mine.

Haven’t started the LSU series yet? No problem. Dirty Little Secret is available now and enrolled in Kindle Unlimited. The series can be read in any order though I recommend reading in order so you get the full effect of the series – I’d hate to ruin the HEA’s for anyone. 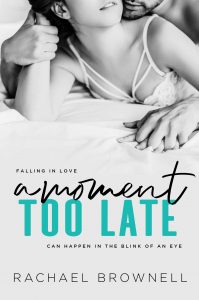